Macy’s Attempts a Return to Normalcy With Health Mandates for Annual Parade – Daily Access News
A A A
On Wednesday, September 8, Macy’s announced that all workers and volunteers participating in the 2021 Macy’s Thanksgiving Day Parade must adhere to a wide range of health and safety mandates: Everyone must wear an approved form of face covering, a mask, during the parade unless given an exception. Depending on their role in the event, they may also need to wear other forms of protective equipment. Additionally, participants must provide proof that they received two doses of an approved SARS-CoV-2 vaccine unless otherwise given a special exception.

A Parade of Wonders

This year marks the 95th anniversary of the Macy’s Thanksgiving Day Parade, which began in 1924. The department store hosted the first parade, the Macy’s Christmas Parade, during the roaring twenties when Macy’s wanted to promote the fact that it had the “world’s largest store” with roughly one million square feet of space at the time. The parade also served as a marketing and promotional tool. The company hoped that by hosting it during Thanksgiving, Macy’s would attract new and repeat customers for the Christmas holiday season from among the crowds of parade watchers.

Read More »
Macy’s incredible success with the event eventually turned it into an annual tradition in New York City and around the United States to mark the official start of the holiday season. Some aspects of the parade changed over its history. Originally, the parade covered many miles, but Macy’s eventually reduced it to a two-and-a-half-mile route. The overall size of the parade grew to include a lot more acts and music. The use of live animals, which were an important part of the first parade, generated handling concerns and problems from parade watchers and the general public. Macy’s replaced them with its now-famous helium balloon characters. The name of the parade also changed, but continued to feature Santa Claus to mark the start of the Christmas shopping season. For more than sixty years, NBC has televised the Macy’s Thanksgiving Day Parade for people unable to watch in-person.

The SARS-CoV-2 pandemic disrupted Macy’s plans for the 2020 parade so much that the company severely reduced the number of workers and volunteers on-site by 88 percent and changed the parade route to a mostly single location event near Herald Square. Macy’s refused to allow participation by anyone 18 years old or younger. Every participant also had to follow social distancing rules.

The parade became a made-for-television rather than live viewing event with in-person parade watchers. Macy’s disinvited many live performers, including high school and college marching bands, and changed the pre-parade balloon preparation event. Instead of using human balloon handlers during the parade, Macy’s also used vehicles outfitted with special anchors and tethers.

What Prompted the Mandates?

Macy’s originally planned to have a far more social parade for 2021. Delta, Delta Plus and other coronavirus variants, which have caused extreme hospital surges, a high number of deaths among unvaccinated people and serious breakthrough cases among the vaccinated, has made a more social parade a health and safety risk. As a result, Macy’s, in partnership with New York state and city officials, chose to take into account current CDC, state and local health guidance.

Macy’s also plans to enforce social distancing at all Parade operations areas, including interior and exterior participant check-in, costuming and seating locations. Macy’s has decided to reduce the number of participants as well with approximately 800 to 1,600 fewer people participating this year than before the pandemic. While Macy’s prevents the spread of the virus through these methods, the City of New York plants to manage all safety procedures for the general public at pre-designated, socially distant viewing locations along the parade route.

Exceptions to the Mandates 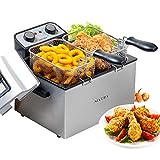 Officials with Macy’s recognize that they need to approach health and safety restrictions with some flexibility depending on special circumstances. Macy’s has decided to give exceptions to some participants who need the means to breath clearly unencumbered by facial coverings, such as participants involved with dancing, singing, music and the NBC national broadcast. Participants who have one or more health conditions that make vaccination problematic can also receive an exception at the discretion of Macy’s on-site personnel and a medical consultant. Macy’s plans to confirm vaccination at all entry points. For performer and medical exception cases, Macy’s plans to provide on-site rapid antibody COVID-19 and other tests.

Goals for This Year

Macy’s main goal for this year’s Thanksgiving Day Parade is to give everyone the impression that this long-running tradition hasn’t been ruined by the pandemic. Executive Producer Will Coss emphasized that they’re all “delighted” to bring the parade back in a form closer to the holiday tradition. The parade route includes many Manhattan streets. Performers disinvited last year received invitations to this year’s event. Macy’s has also decided to utilize 80 to 100 human balloon handlers with the new anchor vehicle systems.

The parade starts at 9:00 a.m. on Thursday, November 25 and runs through noon. Macy’s has planned a massive spectacle that includes balloons, clowns, dancers, musicians, singers, floats, marching bands and celebrities. Santa Claus will make an appearance. It will once again be televised on NBC.

Given ever-changing local, national and global events because of the pandemic, Macy’s won’t know until November the exact number or locations of in-person parade watching spots or if it must issue additional restrictions and reduce the size of the parade or alter the route yet again. The company has advised everyone, especially those who want to watch in-person in New York on the day of the parade, to check the macys.com/parade page regularly in November for updates. At the time of this publication, Macy’s officials also continue to debate the return of the pre-parade balloon inflation event.

This is a continuing news story. 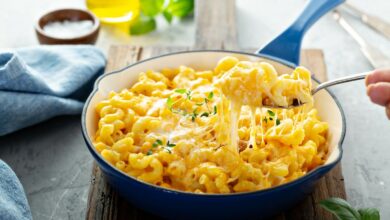 When Being Cheesy is Good, Making a Comfort Food More Comfortable 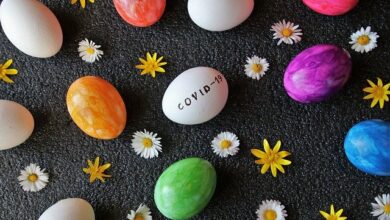 How to Celebrate Easter in the Time of Coronavirus 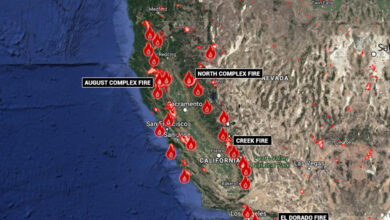 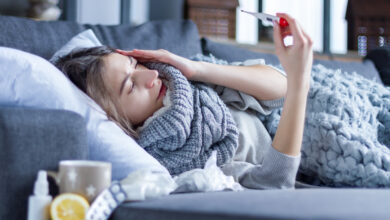 Coronavirus Symptoms To Watch Out For